Skellefteå is one of the major cities at the Swedish Gulf of Bothnia coast, located 15 kilometres upstream along the Skellefte River. The city is in one of Sweden’s most mineral rich areas, which has given the city the nickname “Gold Town”.

With its population of around 36.000, it is far from the larger cities in Sweden. But the city is growing fast, 50 years ago it only had around 27.000 inhabitants. Even with its size, the city has been able to show strength within several sports.

A Short History of Skellefteå

The parish of Skellefteå was established in the 14th century and a wooden church was constructed. It covered at the time a wast area of northern Sweden, a big part of which had not been explored by the Swedes. This was Sami land and even with a church, it took centuries before the area’s people were Christianized.

The city of Skelleteå was established in 1845 and it became an important industrial city in the 20th century. Skellefteå has mainly focused on mining, forestry, and hydroelectricity. It is gold mining that has given the city the nickname “Gold Town” (Guldstaden). Recently IT has also been growing in the city.

Things to Do and See in Skellefteå

The number of sights and activities around Skellefteå is almost infinite, so here we concentrate on a few of the major attractions reachable from the center of the city.

Skellefteå AIK or just (S)AIK is the pride of the city and as with many of the other neighboring cities along the coast, it is ice hockey that is the big sport. The team has won the Swedish championship three times; in 1978, 2013, and 2014. Their current session in the Swedish Hockey League, the first league, started in 2006 and the team has been in the finals seven times during the last 10 years. The main rivals for the team is Björklöven from Umeå followed by Luleå.

The team plays its games in Skellefteå Kraft Arena. The arena has a capacity of 5801 and is by that the 15th largest arena for ice hockey in Sweden. That is one seat more than Malmö isstadion in Malmö.

Bonnstan is Skellefteå’s church town. The church town was used for overnight stays for the parish inhabitants who lived to far away from the church. This became the meeting point for people from the different villages in the parish.

Bonnstan consists today of 116 houses. It dates back at least to the 17th century, but the buildings are a bit newer than that.

Skellefte River, or Skellefteälv, has its source in Ikesjaure, close to the Norwegian border. It is one of the major rivers in Sweden, stretching around 410 kilometres across the country. It passes Skellefteå shortly before it enters into the Gulf of Bothnia.

In Skellefteå, along the shores of the river, there is a walking trail of about 10 kilometres. It starts in the west at Mobacken and continues to Älvsbacka in the east. The trail takes you to some of the main sights of the city.

Skellefteå Museum might be closed due to Covid-19, but it is still worth mentioning. It is the local cultural history museum and is located in the area of Nordanå. Nordanå does not only house Skellefteå Museum, but also an art gallery, a theater as well as a park that could almost be described as an open-air museum. The park contains several historical buildings from the area around the city.

Vitberget is a hill to the north of the city center. It is a recreation area, with running/ski trails, an outdoor gym, hiking trails, and even a ski slope. The ski slope ends at Skellefteå Camping and parts of the camping is transformed to a ski stadium during winter. Just hiking up the ski slope offers a great view out over the landscape.

How to get to Skellefteå

Flights: Skellefteå Airport (SFT) is located 20 kilometers south from the city and connects the area with the Stockholm-Arlanda Airport (ARN) for connections around the globe.
Car: Skellefteå is located along the highway E4 between Umeå and Piteå. Road 95 also connects the city with Boliden, Arvidsjaur (and E45), Arjeplog, and later E6 in Norway close to Bodø.
Train: Northbound trains from Stockholm stops in Umeå, from where there are buses.
Bus: Several long-distance bus routes along the Swedish northern coast stops in the town.

The driving distance from 5 major Swedish cities, according to Google Maps:

Orsa is the story of a poor farming community that turns into a wealthy locality. It is today the seat of Orsa […] 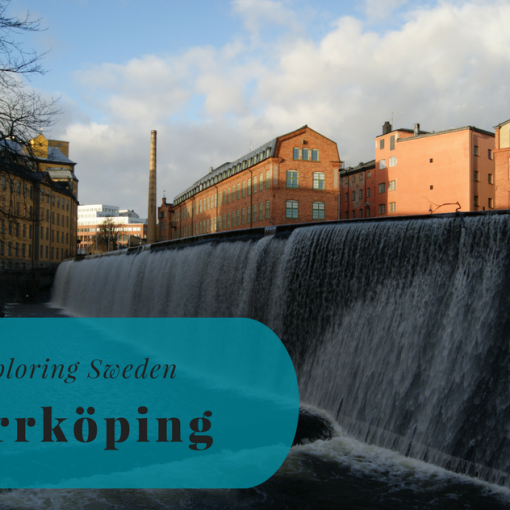 Hello all Sweden-fans out there! We thought that we’d share yet another great destination with you – Norrköping! We visited this fabulous […] 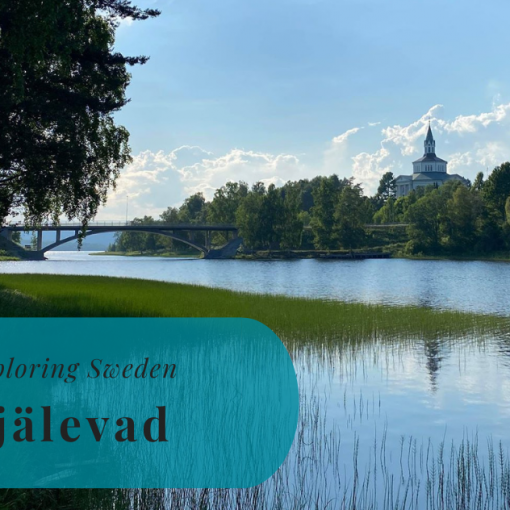 Själevad is a small locality situated along the river Moälven. Even though its long history has mostly been overshadowed by the development […] 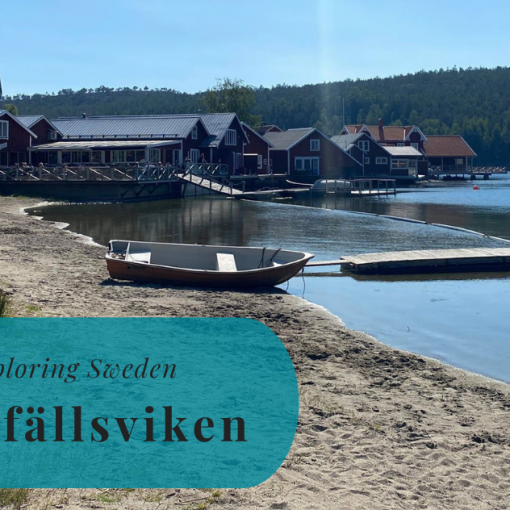 Norrfällsviken is a small picturesque fishing village, with only a handful of inhabitants. It is, however, a popular stop for visits during […]