We are on our way back towards Sweden and have spent the night in Lahnstein. It is a small town outside of Koblenz. Right now I’m enjoying my morning coffee, while Jesper is taking a morning walk. It feels like a good time to write more about yesterday.

Yesterday morning we left Saarburg quite early and headed towards Lahnstein. It was a rather gray morning. On the way, we took the opportunity to stop in the cozy town Cochem. Once in Lahnstein, we dropped off some of our bags and drove into the Koblenz for dinner and exploration.

Koblenz: at the Confluence of the Mosel and Rhine Rivers

Koblenz is a city shaped by two major rivers – the Mosel and the Rhine. It is in Koblenz that the Mosel River joins the Rhine River creating a headland that has received the name Deutsches Eck – The German Corner. In the center of the headland is a large statue of Wilhelm I, the first emperor of Germany. The best adjective for describing the statue is massive. It looks like it guards the city.

For us, rivers do have a meaning. The flowing water is a sign for traveling, always being in motion. Seeing these two mighty rivers joining each other probably creates a rush in everyone who loves to travel.

Once we arrived in central Koblenz, we started to walk along the Rhine River until we reached the Deutsches Eck. There we stopped to enjoy the view, take a few photos and to admire the enormous statue of Wilhelm I. Continuing on the other side of the headland we followed the Mosel River upstream until we reached the Old Town of Koblenz. Here we started to look for a restaurant, we still needed some dinner. We had Greek for lunch and decided to stay with the Mediterranean food also for dinner. We found a cozy restaurant serving Spanish tapas and decided to try a few. Four tapas later, the sun was setting and we were on our way back to the car.

I think it’s safe to say that we both liked the city. It was spacious and clean; there were plenty of restaurants and shops as well. I wouldn’t mind returning here, as both the city and its surroundings have very interesting things to see.

Today we will continue north to the town of Quedlinburg. There will be a few stops along the way, we will see where later on. You will certainly read about them here.

Join us on the road through Europe here!

It is now one week into our journey and we are currently in France. I’ve never been here before, so it’s exciting! […] 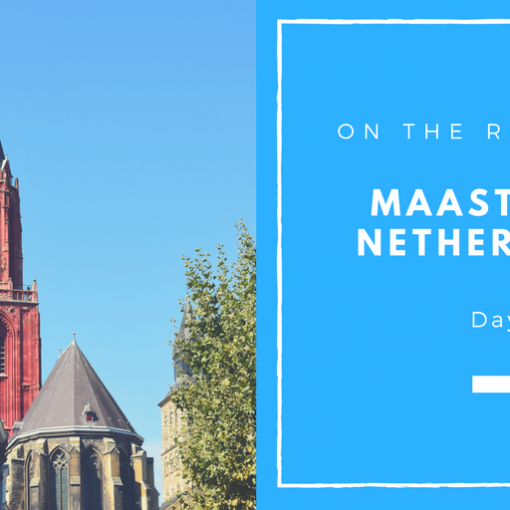 On the fifth day of our road trip, we decided to visit the birthplace of the European Union – Maastricht. This town […]

We left Metz this morning, one day earlier than we first had planned. The reason we decided to move on earlier is that […]